In 1982, former Erie Community College President, James E. Shenton created audio recordings of his memoirs charting the creation of the college in 1946. This presentation allows you to listen to his recordings & read the related transcript documentation. 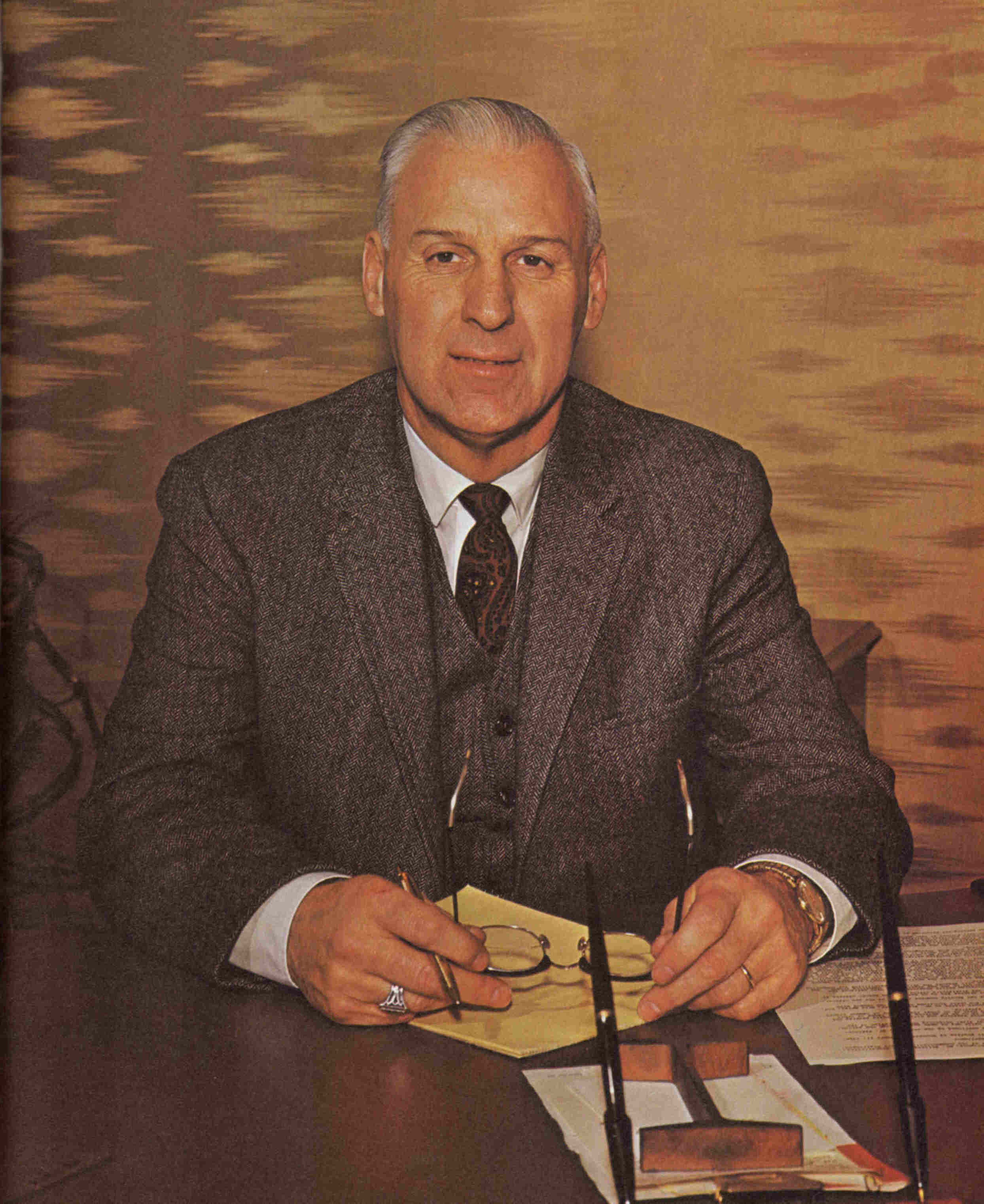 Above: James E. Shenton as photographed for the Erie County Technical Institute's yearbook, The Arrow 1968. p. 183.

Mr. Shenton was part of the early movement to establish a two-year technical college system in New York State. Once established, these two-year institutions grew into what we know today as The State University of New York's community colleges. Erie Community College (SUNY Erie) numbers among those community colleges.

At its inception in 1946, SUNY Erie was known as the New York State Institute of Applied Arts and Sciences at Buffalo. In 1947, Mr. Shenton and a staff of eleven others began developing the institute from the ground up. They designed the initial curricula, secured the equipment, and oversaw the renovation of the Pierce Arrow automobile factory into what would become the institute’s first academic building, located on Elmwood Avenue in Buffalo, NY.

In 1982, Mr. Shenton transformed his memories of his time at the college into an oral history. With the help of Library Coordinator Sylvia Moran and Principle Library Clerk Margaret Barrey, he created an audio recording of this history. The result was six audio cassettes and a transcript that detail the evolution of SUNY Erie from 1946 to Mr. Shenton's retirement in 1974.

Mr. Shenton was a gifted storyteller. His history of SUNY Erie is presented in a clear chronological format with anecdotes that are often insightful, humorous, and candid. They are told with an eye for detail and recognition of the events that serve as turning-points for both SUNY Erie and higher education in New York State. This history is as much a reflection of the man that told it as it is a look into SUNY Erie's past.

A Verbal History of Erie Community College by James E. Shenton is licensed under a Creative Commons Attribution-NonCommercial-NoDerivs 3.0 Unported License.
Based on a work at hdl.handle.net/1951/52520.

Code from these LibGuides pages are a derivative of LibGuides code by UC Santa Cruz University Library, used under CC BY.